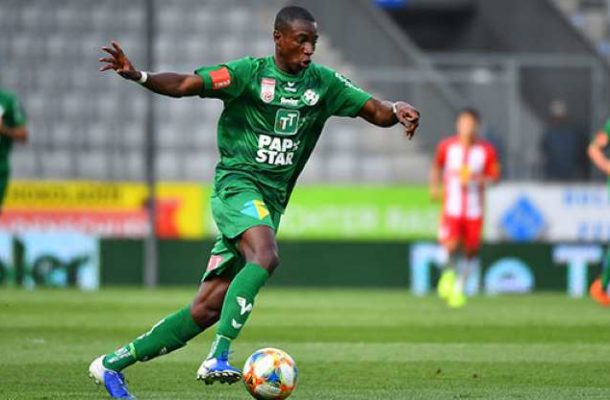 Son of legendary Ghanaian striker Anthony Yeboah was on the score sheet for his side WSG Tirol in a friendly game against Red Bull Salzburg on Friday.

Kelvin Yeboah opened the scores for his side in the 12th minute of the game against the Austrian giants from a corner kick.

Teams in Austria have began preparations with restrictions on movement eased in the European country as the topflight is expected to resume on June 2.

RB Salzburg played the underdogs Tirol Fc to the Red Bull Arena in their first game since March when football was halted due to the coronavirus pandemic.

The underdogs were on the verge of a remarkable victory when the home side restored parity in the 52nd minute through substitute Albert Vallci.

Kelvin Yeboah who has scored 2 goals in 16 league games was not the only Ghanaian who played as Majeed Ashimeru played for the opposite side with Compatriot Felix Adjei also playing for Tirol.