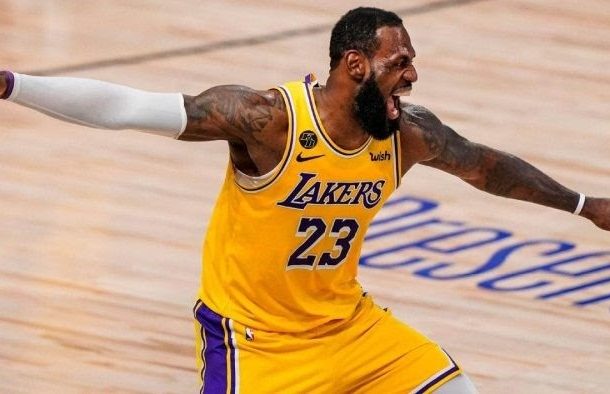 Check out these iconic individuals making up the list of top black athletes 2020. This captivating compilation will have you engrossed till the end.

Whether you are reading a paper on top professionals in medicine, or browsing a website on top female athletes, blacks seem prevalent in al spheres. For some time now, in games that you play online, or on the pitch, black athletes have been dominating various fields, including previously white-dominated sports like golf and tennis. The lists of top black performers increase exponentially, due to influxes of African players, in various sports.

It comes as no surprise then that we should have a list of top black athletes for the year 2020.

With all its shenanigans, the year 2020 went quite well for the following athletes, pandemic notwithstanding.


Whether earning capacity is the basis for rankings, or ability as a player, this basketball icon tops our list of top African American athletes. He made this year’s list top black athletes with a staggering $88.2 million in earnings this year. The player has 4 MVP titles under his belt, and with $60 million in endorsements alone, he’s a force to be reckoned with. The MVP title holder helped his team to a remarkable NBA Championship for 2020.


On LeBron’s tail is Stephen Curry, and that’s been the case for a few seasons running now. The star athlete has two MVP awards to his name, while bringing in an astounding $74.4 million. Though his team didn’t leave much to be desired at the beginning of the season, Curry still makes his presence felt on and off the court.


The man…the legend himself, Tiger, seems to be out of the woods the past couple of years as endorsements resumed after a nasty couple of seasons. Tiger made his long-awaited return to contention level this year. He also double back onto the highest paid athletes list with over $60 million in endorsement deals.


Money and winning streak put this player at number three of our list of top black athletes for 2020. The NFL superstar has an extended contract worth $140 million. Playing for Seattle Hawks is doing the quarterback a lot of good, as he walked away with a $65 million signing bonus.


Switching time zones a tad, we check another well paid and amazingly talented black athlete. Marcus, a forward for football giants Manchester United, is fast becoming an icon in football and in the sports world in general. He’s become a force to reckon with on the pitch alongside his wingman Anthony Martial.


One of the best if not the best forward the European Football League has to offer at the moment. Mane’ is fast becoming the most valuable player in the Liverpool squad. His skills and talent are unmissable in all of Liverpool’s games. One of the reasons he plays so well is because he capitalizes on mistakes of his opponents. This is why he fits in comfortably on our compilation of top black players this year.


One of the leagues finest players, Pierre Aubameyang scored over 20 goals for the 2019/2020 season, earning him the Black Panther nickname. Playing for arsenal football club as a forward, he is undoubtedly one of the most talented, top performers for 2020. One thing that stood out for this player was his sportsmanship, and humility this year. Aubameyang handed another player a chance at penalty, which could otherwise have earned him top season scorer status. If that’s not a top, black athlete, we don’t know what, or who is.


Still number one in our hearts, she fell slightly in terms of rankings in her sport. However, she still falls high up in our ranking of black athletes, topping off the list of African American female athletes. As a top earning athlete, she’s earned over $94 million in her career, and she continues to out-rank and outperform much younger athletes every year. Serena is our number one top, black female athlete, 2020.

Bottom line is, the athletes listed above only scratch the surface in terms of top black athletes for any year. However, this year presented unprecedented challenges for sportspersons all over the world. These black superstars went against all odds surviving the pandemic, even making it to a coveted list of top performers. It remains to be seen who will top the list next year. Chances are it will be even more elaborate, with young and older blacks fully represented.