Total U-20 AFCON: Niger passes the torch to Mauritania 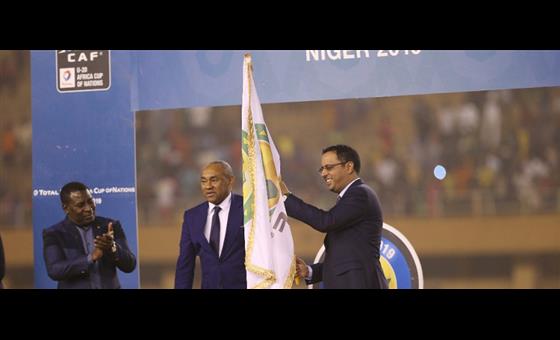 Mauritania will host the 22nd edition of the Total U-20 Africa Cup of Nations in 2021 and after the final he addressed the press at the Stade General Seyni Kountche in Niamey.

"My country will host the 22nd edition of the Total U-20 Africa Cup of Nations in 2021. Certainly we will be organizing it for the first time but we’ve known for some time now.”

“We will try to be up to the task by putting all the necessary means at the material and human level for the success of the competition.”

“I would like to congratulate Niger for the good organization of the event by setting the bar very high and a final with so many people in the stadium for a youth competition.”

“It is a challenge for us to have in Mauritania as much people in the stadiums and to succeed a good organizer.”

“I would like to reassure you that Mauritania will do its utmost to respond to the confidence CAF has placed in our country by successfully organizing the Total U-20 Africa Cup of Nations in 2021.”