TOUCHING: Colleagues of soldier who died at battle unite for photoshoot with his baby 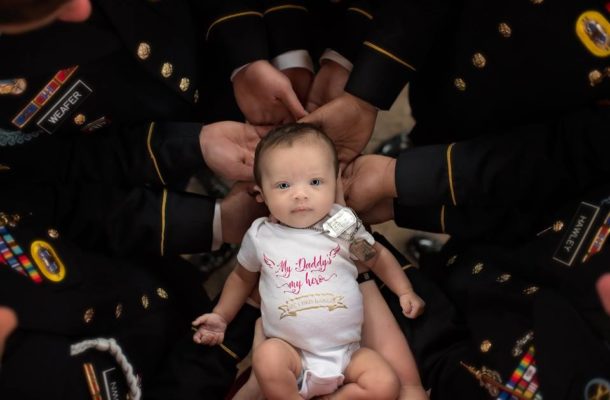 According to Fox, he had found out only a week before he was killed by an IED that his wife was pregnant with their first child.

With the baby girl now almost 3 months old, her late father’s fellow soldiers are meeting her for the first time.

As Harris had considered his fellow soldiers as family, his wife, Brittany Harris, wanted them to be a part of the girl’s life.

With the soldiers returning from Afghanistan the day the baby was born, Brittany decided on a special photoshoot for them to meet for the first time.

The photos from the shoot are just the most beautiful thing. Brittany said:

Everything I do, I do it to preserve Chris’ memory and to show Christian how special she is.

I’m just the only one that can speak for them both right now. I do everything I can to make sure they both get the recognition they deserve. Him for sacrificing his life for his country and her for being the legacy of a hero.
See a photo from the shoot below: 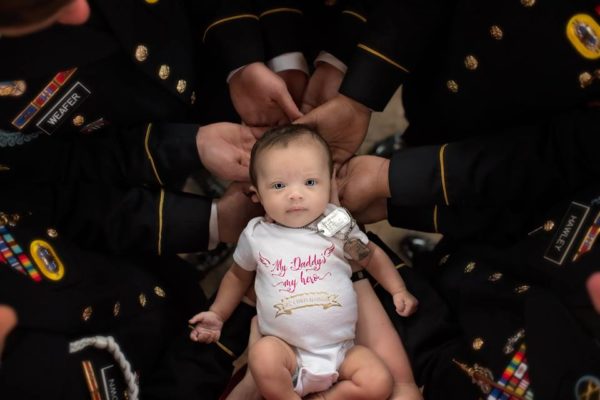