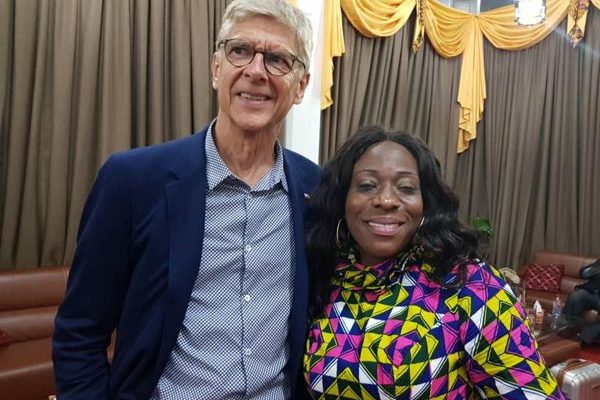 Tourism Minister, Catherine Afeku, had the rare opportunity of meeting famed football manager, Arsene Wenger at the Kotoka International Airport over the weekend.

The former Arsenal Manager was transiting from Liberia where he was decorated with the country’s (Liberia) highest honour from president George Weah last week.

The Frenchman was inducted into Liberia’s Order of Distinction and given the title of Knight Grand Commander of the Humane Order of African Redemption.

The award not only conveys their personal connection, but also that he ‘has contributed to sports in Africa and has given many Africans opportunities, according to information Minister Eugene Nagbe.