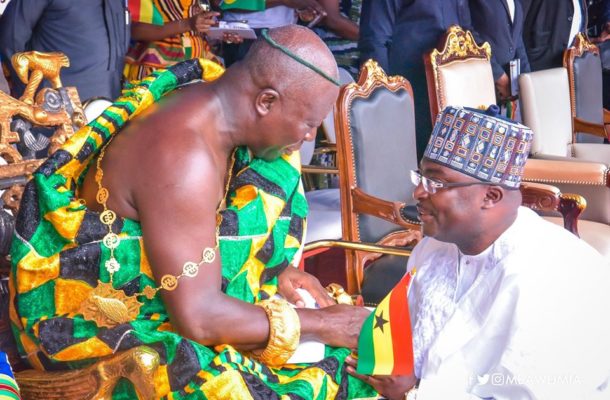 The 63rd Independence Anniversary Celebration was marked in Ghana on Friday, 6th March, 2020, with the Ashanti Regional Capital, Kumasi, hosting the historic event.

It was a big day in the Garden City as the occasion was being hosted in the Region for the first time since Ghana gained freedom from her colonial masters.

The Baba Yara Sports Stadium where the event was organised, was filled to capacity.

Although there were lots of happenings at the venue, one moment that caught the attention of many, was when the Vice President, Dr. Alhaji Mahamudu Bawumia bowed to greet the ruler of the Asante Kingdom, His Royal Majesty, Otumfuo Osei Tutu II.

The very moment has also gotten some Ghanaians on social media unleashing blessings on the second gentleman of the land.

While some centred on his genuine humility, others talk about the fact he [Dr. Bawumia] respects culture and tradition in the country.

Some actually said his humility and respect will end him as President of Ghana someday.

Read some of the comments below: 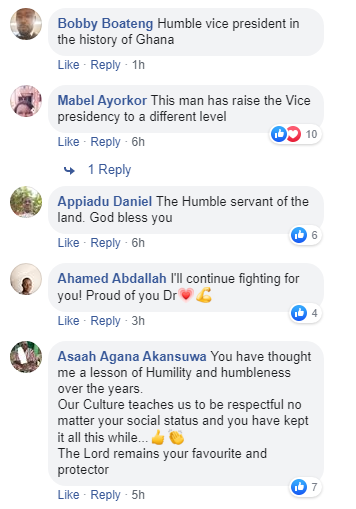 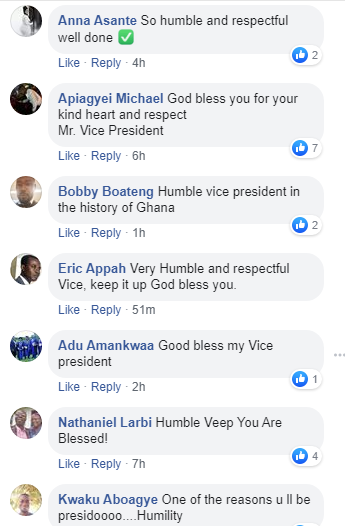