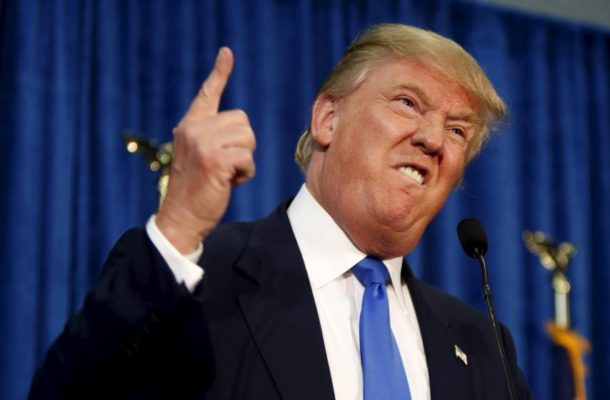 President Donald Trump has given a hint of pressure to nations that may not support the North American bid to host the 2026 FIFA World Cup.

Trump tweeted this Friday a message perceived in many circles as a means to influence some countries to vote for the United candidacy instead of its rival bidder, Morocco.

¨The U.S. has put together a STRONG bid w/ Canada & Mexico for the 2026 World Cup,¨ says Trump's tweet. ¨It would be a shame if countries that we always support were to lobby against the U.S. bid. Why should we be supporting these countries when they don’t support us (including at the United Nations)?¨

Trump did not specify which countries he was referring to, but it is widely expected that Morocco will have the support of virtually the entire African continent and a great bloc of Middle Eastern countries. Likewise, France plans to back Morocco, while Russia has said it will also vote for the North African nation’s bid.

Other voting blocs, including those from Europe and Asia, still are seen as very much up for grabs.

FIFA was asked to comment on the Trump message and sent the following statement to World Football Insider:

"As a general rule, please understand we cannot comment on specific statements in connection with the bidding process. We can only refer to the FIFA Regulations for the selection of the venue for the final competition of the 2026 FIFA World Cup, and in particular to the Bid Rules of Conduct incorporated therein.¨

FIFA can also suspend the membership of any national football team if they judge the association has been influenced by external political pressure.

Despite those rules, Trump, who previously has shown little appetite for soccer, was perceived by the North American joint bid to simply be throwing his full support to its efforts. In a statement following the president’s remarks, the so-called “United” candidacy said the following:

"From the beginning, we have received strong support from the Canadian, Mexican and United States governments. We are grateful for that support and together our three countries are ready to welcome players and fans from around the world to an extraordinary FIFA World Cup in 2026."

“We can have differences but football unites us. Together we support the candidacy of Mexico, Canada and USA as the headquarters of the World Cup 2026,” the Mexican president wrote.

Should the United bid win the vote, the tournament would be spread out between the three North American countries, although the U.S. would be the primary host with 60 out of 80 games.

In its lobbying, Morocco has pushed hard to highlight its comparative safety record, with far fewer terrorist attacks, but may be hurt by its poor record regarding gay rights.

The vote to decide what bid organizes the 2026 World Cup will take place on June 13, just before the start of the World Cup in Russia.