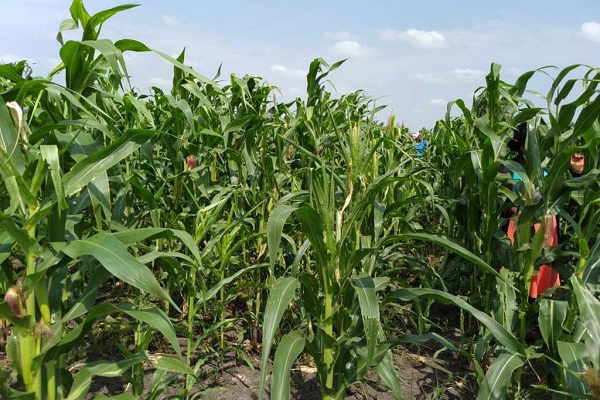 Tumu contributes 40% of maize produced and consumed in the country

I am sure many of you may have heard of a small border town in the Upper West region, Ghana. Bordering Burkina Faso, there may appear to be very little known about this town, as opposed to her neighbour Navrongo which is noted for housing some of the nation’s most famous tourism sites.

Tumu is a peaceful and well-organized town with the majority of the indigenes being youth.

It was an interesting discovery when I found out that this seemingly quiet town was responsible for over 40% of maize produced and consumed in the entire country.

In the evenings, when farmers close from their daily field activities, this town lights up with sombre but still impactful spots various hangouts where many of these farmers come to enjoy themselves and share stories of their day’s activity. Many take this opportunity to also network and make further plans for their various activities.

At this time of year, there is much excitement in Tumu, as I found out its budding time, a time when farmers can finally count and estimate what they will harvest; the farmers call it, ”time to count money”. I joined one young farmer to his farm, his name is Francis.

Francis works on his family land and is currently cultivating on 5 acres, planting yellow maize. The farm very green and lustrous and he had brought his sisters and cousin to help him spray some weedicides and walk through to inspect the field.

Doing some investigation into how the community seems to be so productive in farming, I was told a company that had been in existence for over 15 years rebranded 2 years ago and has since been responsible for the immense improvement in the lives of these farmers. Within these 2 years, the yield had increased, conditions of work are much improved with quality fertilizer and chemicals form this company.

Formerly known as Masara, Alsa now works with over 10,000 farmers in Tumu alone. Each of these farmers, with farm sizes ranging from 2 acres to as large as thousands of acres; each receives all their input, agronomic assistance, machine support and other practical necessities which would have been impossible to acquire by these farmers.

Francis tells me that, when he graduated from secondary school a few years ago, he had no idea how to raise capital or job opportunity. Due to his father’s failing health, he had to stay within the community to help care for him.

“I was introduced to Alsa, I went there, and they made me fill forms. They later told me someone will visit my father’s land. When they came, the man gave me some tips on what should be done in the field for the best yield. Initially, I was thinking that these book people think they know so much. But well since they are the ones paying, no problem.”

Francis also tells me that Alsa gives the farmers ready cash during harvest, and then he pays back for all they game him to farm. Francis, now 26 years, is only one of the many farmers in Tumu who are fully dedicated to the business of agriculture, particularly maize, Sorghum, millet, and rice.

Tumu may not be one of the most popular towns in Ghana, but the next time you eat a ball of kenkey or even chew a piece of chicken (which feeds mainly on maize), remember to be thankful to the people of Tumu.