He had over 3.5million followers before it was suspended and it fell to about 150 followers after the suspension.

His account was restored about 30 minutes later and the 40 year old billionaire later tweeted that his account was suspended due to an internal mistake. 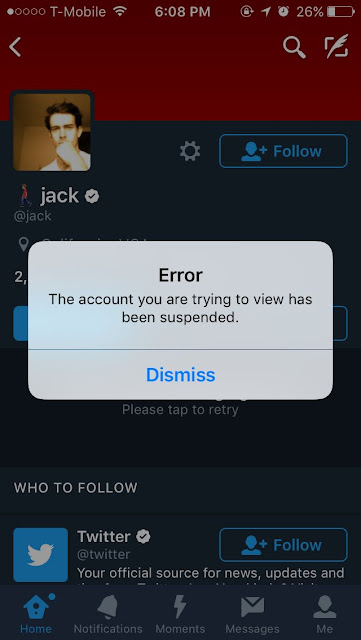