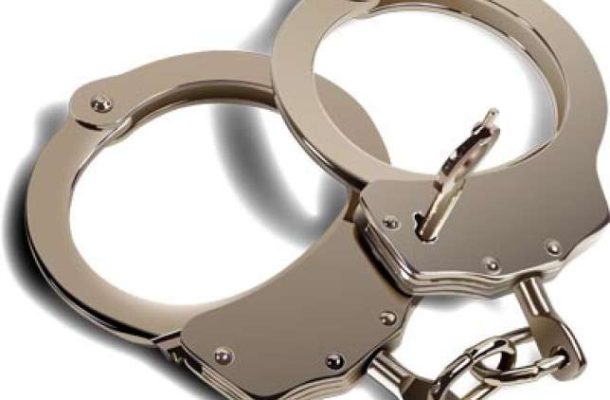 According to Regional Commander ACP Timothy Bonga, the two, Corporal Bismark Ntim, 32, and Lance Corporal Francis Opoku Gyau, 29, both from the Accra Regional Bravo SWAT Unit were part of a car-snatching syndicate.

Briefing the media on the arrest on Monday, August 22, 2016, ACP Bonga said investigations revealed that after the suspects snatched the vehicle, “they quickly change the number plates and later re-spray and dispose of them.”

“Seven different vehicles including Nissan Versa, Nissan Almera, Mitsubishi Carisma, Hyundai Atos, Daewoo Carlos, Kia Picanto, and Mazda Demio – all bearing fake number plates – have so far been retrieved and investigations are ongoing. The suspects shall be arraigned before court. Meanwhile, the Police Regional Command wants to assure the public that we are very much alive and we will go after all the criminals and we shall arrest all of them,” he said.

ACP Bonga cautioned drivers to “Be attentive to suspicious phone calls and other conversations by passengers.”

He asked drivers to always remember to take out their ignition keys from the vehicle whenever they intend to come out of their cars and to do their best to install tracking devices in their vehicles.