Two topless female protesters were today taken into custody by police after dropping their tops at a voting poll upon hearing that Donald Trump has become president.

The ladies, who are Hilary supporters, removed their tops to show Anti-Trump statements written on their body and were arrested by police for public nudity and inciting 'public unrest'. 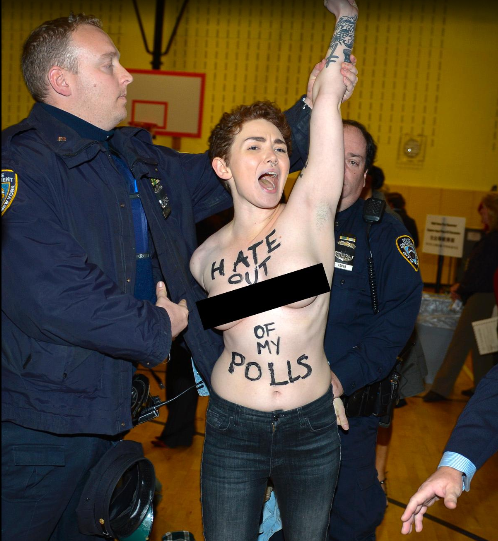