Tyga and 21 Savage dissing each other over Kylie Jenner

21 Savage, an Atlanta-based rapper, posted a photo of Kylie Jenner on Twitter on Nov 21, with the caption showing three heart-eyes emojis.

TMZ caught up with 21 Savage to ask him about his feelings toward Kylie Jenner. He said he’d “tear that ass up.”

Tyga apparently didn't like that, so he took to his IG and shared a photo of himself cruising with Kylie in his Lamborghini with the caption 'Selling records being you, but still you want to be me. 21 Savage responded with a savage response. Read the shades after the cut.. 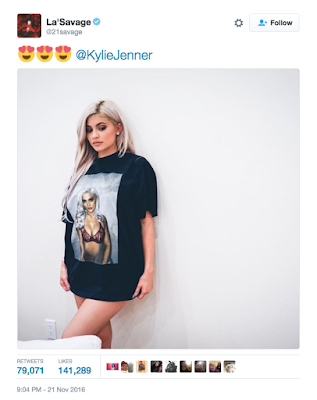 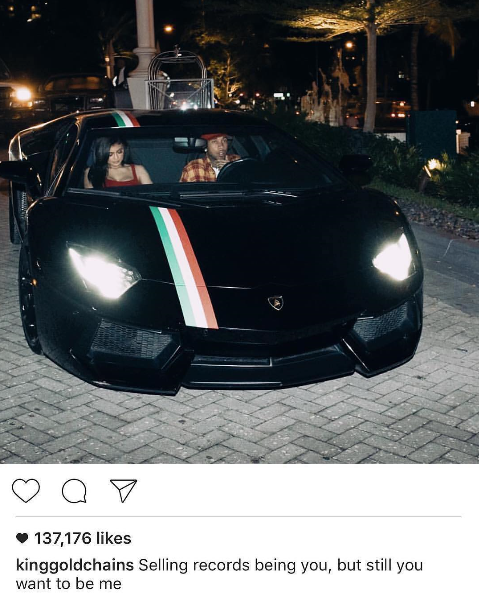 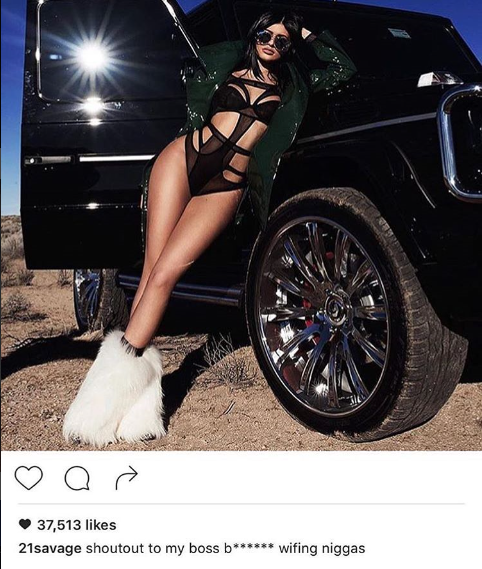 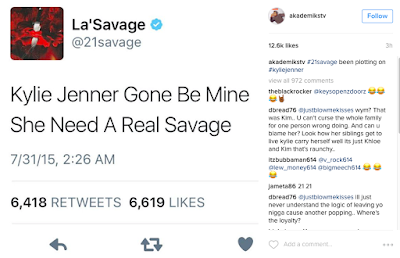