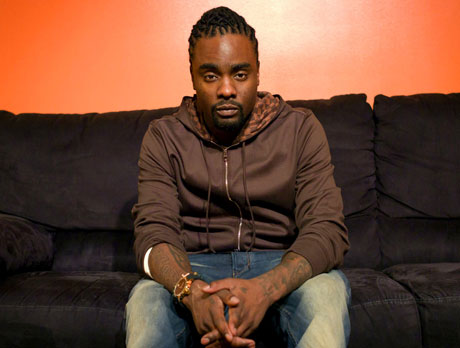 Popular American rapper and songwriter, Wale has indicated his next stop in Africa is Ghana.

Although he did not immediately reveal his mission to the West African nation, it is believed his visit is for the Afrochella festival.

The Afrochella is a festival designed to highlight and elevate thrilling and thriving millennial talent from and within Africa.

In a statement on his Twitter handle, the 'Spirit' hitmaker who is currently in South Africa said he will stop in Ghana on his way back to the States.

"Last day in South Africa ...I'm tryna slide through Ghana on the way back", Wale wrote. 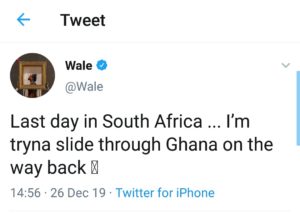 He's widely known by his stage name Wale and first rose to prominence in 2006, when his song "Dig Dug (Shake It)" became popular in his hometown.

Producer Mark Ronson discovered Wale in 2006 and signed him to Allido Records in 2007. While signed to that label, Wale released several mixtapes and appeared in national media including MTV and various Black-American-focused magazines.