U20 AFCON: Senegal edge South Africa to book a final date with Mali 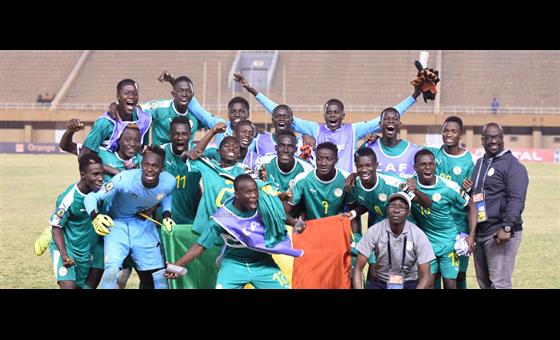 Amajita defender Givemore Khupe’s own goal secured Senegal a place in the final of the Total U-20 Africa Cup of Nations in Niamey, Niger.

The Les Lionceaux came into Wednesday’s second semifinal as strong favorites following their impressive group stage performance where they won all three matches against Mali, Ghana and Burkina Faso.

South Africa’s Amajita are known to be very discipline in their style of play which makes it difficult for teams to break them down in the tournament.

Youssouph Dabo’s charges were limited to attempts in the first half which a tactical master class from the two coaches as Senegal failed to score for the first time in the first period during this tournament.

Ousseynou Niang and Ibrahim Drame were Senegal’s source of pace upfront alongside center forward Youssouph Badji and the trio combined five minutes after the restart when Niang was played in just outside the area to strike straight at Walter Kubheka to save.

Thabo Senong’s team continued their defensive style and occasional counter attacks but Senegal’s defense which was marshaled by Moussa Ndiaye foiled their attacks.

Les Lionceaux took the lead twenty minutes from time Ousseynou Niang beat Keenan Phillips on the left to cross towards the near post where Givemore Khupe turned it into his own goal to give Senegal a deserved lead.

South Africa brought in fresh legs to fight for the equalizer and they came close on the stroke of fulltime when Keenan Phillips delivery was turned towards goal by Ngcobo but keeper Ndiaye pulled a save before Moussa Ndiaye cleared the danger to secure Senegal their third successive final.

Mali will be their opponents in Sunday’s final at the Stade General Seyni Kountche in Niamey. The two sides faced each other in the group stage when Senegal won 2-0 in Maradi.