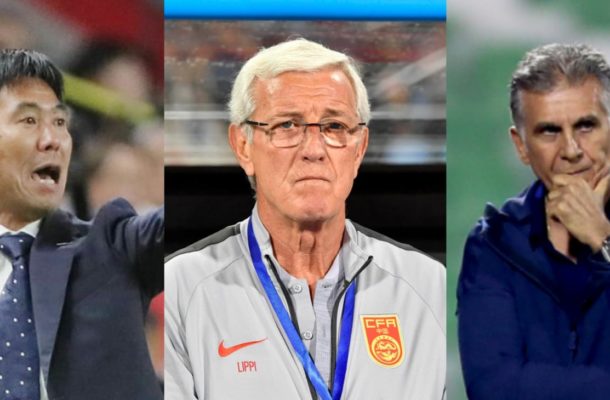 Abu Dhabi: Some of the greatest minds in world football will be fixing their sights on Asia’s ultimate prize as the anticipation builds towards the AFC Asian Cup UAE 2019, which kicks off in just 15 days with hosts UAE taking on Bahrain at the Zayed Sports City Stadium.


The world’s second-oldest Continental football competition will welcome an all-star cast of head coaches who have enjoyed success on the world’s biggest stages with China PR’s Marcelo Lippi boasting the most impressive resume, having guided Italy to the 2006 FIFA World Cup title in Germany.

Coming in a close second is Philippines head coach Sven-Goran Eriksson who led England to two quarter-finals at the 2002 and 2006 FIFA World Cups while Islamic Republic of Iran’s head coach Carlos Queiroz has the honour of helping three teams qualify for the FIFA World Cup – South Africa, then with his native Portugal and twice with Team Melli in 2014 and 2018.

“Eight years ago, when I came to the Islamic Republic of Iran, we faced challenges and issues. Now eight years later, we are heading to the UAE for the AFC Asian Cup and the most important legacy we leave is the infrastructure for our future generations,” said the former Real Madrid manager.

“The most important thing for the national team is to conquer the hearts of the people and satisfy the majority who quietly love the national team. I believe that all these players are doing their best and with the help of God, I hope we can have the best performance in the AFC Asian Cup,” added Queiroz.

Along with Queiroz, Eriksson and Lippi, Asia’s crown jewel will feature a total of seven head coaches who have managed teams at the FIFA World Cup, but only two have ever tasted success in the AFC Asian Cup.

Alberto Zaccheroni, who will lead the hosts, United Arab Emirates, in Group A, guided Japan to their record fourth Asian title in Qatar 2011, while current Blue Samurais’ head coach Hajime Moriyasu clinched Asia’s most coveted prize as a player when the East Asians won their maiden title in 1992.

“I still have great memories of this wonderful tournament as a player in 1992 in Hiroshima. Although I could not play in the final as I was suspended, it would be great to experience winning the title again, this time as coach,” said Moriyasu.

“We will do our best to bring the Asian trophy back to Japan, something we could not achieve in the last tournament. We have played seven matches in our preparations and my aim is to develop the team with each game and to win the title at the same time.

“We have some new players after the FIFA World Cup in Russia, and I want these younger players to have the ambition to win the title and in the long-term forge a new Japan national team with great confidence.”

It will be an exciting lineup of matches in the 28-day competition and the tacticians in the engine room will play an equally important role as the Continent’s finest stars in what promises to be the greatest ever showpiece in Asian football history.