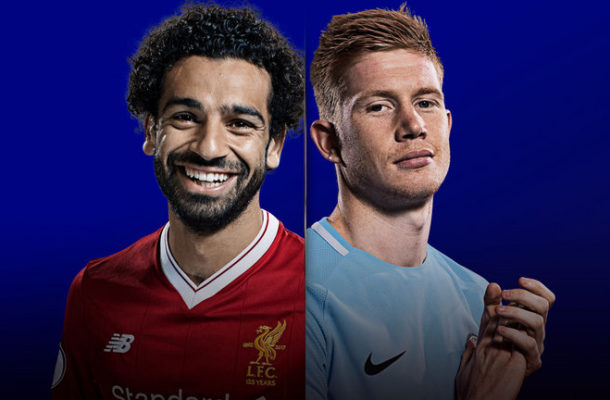 Is an all English affair as Liverpool host Manchester City at Anfield in the first leg of their Champions League quarterfinal tie tonight.

This is the first time ever these clubs are meeting in Europe’s elite competition.

The Cityzens will be playing only their second ever Champions League quarter-final, and Liverpool’s first in nine years.

Man City will be considered as favorites by many pundits over two legs but the ‘Reds’ will be counting on their master tactician Jurgen Klopp, who has won more games against Guardiola than any other manager.

Spanish giants, Barcelona also welcome Roma at the Nou Camp in the other quarter-final fixture.

The Catalans are firm favorites to progress and will be further boosted by the timely return of their star man Lionel Messi and Sergio Busquets.

Roma are sweating over the fitness of midfielder Raja Nainggolan and will be hoping he gets the okay in time for tonight’s showdown.

The Italians will be encouraged by the fact they have conceded an average of one goal per game in Europe so far- a record they will try to maintain at the Camp Nou.