UG researchers hit back at Parliament; say 'we don't need your permission' 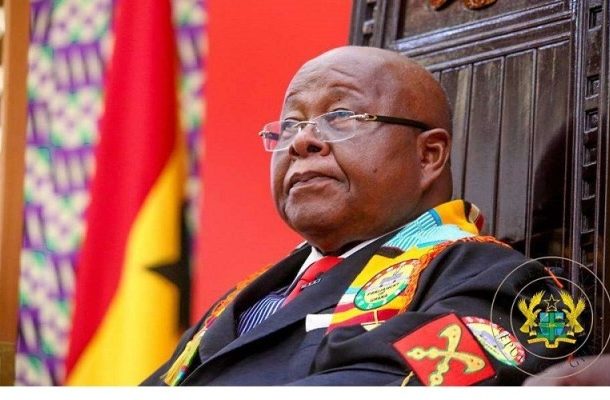 University of Ghana researchers have responded to criticism from the Speaker of the House Professor Mike Ocquaye.

The survey indicated that majority of MPs are likely to lose their jobs in the next elections.

This was greeted with mix reaction by parliamentarians including  the speaker who indicated that the research has the tendency to trigger attacks on members of parliament.

“Let’s be careful not to delight in MP bashing…I want to say authoritatively that these honourable members who have been in this House this term, have passed more bills than any other parliament in the history of this country, it is a verifiable fact,” the speaker said.

“There are certain levels I don’t agree with the speaker, it is not possible for anyone to say that if you want to conduct a research into a certain phenomenon  you should take all the interest of the person into consideration.

The 2019 opinion poll dubbed “Assessment of the 275 Members of Parliament (MPs) – Perspective from the Constituents” was carried out from March to June 2019, with funding from Konrad Adenauer Stiftung.The findings of the study were jointly presented on Monday in Accra by Dr Isaac Owusu-Mensah and Mr Kaakyire Frempong, both Senior Lecturers at the Political Science Department of the University of Ghana.In all, 27,500 Ghanaians in selected electoral areas within the 275 constituencies of the country participated in the study of which 12.2 per cent voted Dr Opoku Prempeh as the best performing minister.