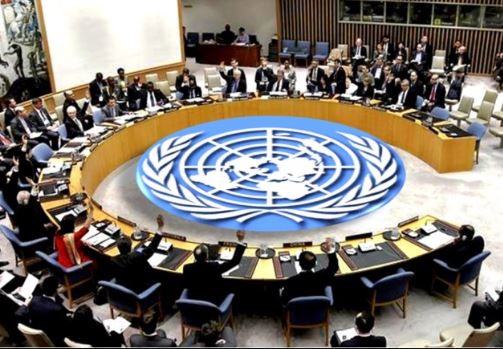 The United Nations Office on Drugs and Crime (UNODC) says Nigeria, and West and Central Africa face “disruptive and destabilising” new trends regarding drug trafficking, drug use and other crimes.

The Executive Director of UNODC, Yury Fedotov, said this while briefing the UN Security Council session, presided by Côte d’Ivoire. The briefing was the council’s first thematic meeting on ‘Drug Trafficking and its Threat to Stability, Peace and Security’, since December 2013.

The UNODC chief said: “This is largely due to rising use of tramadol, an opioid painkiller that is widely trafficked for non-medical use in the region".

“Africa, along with Asia, also saw the largest rises in cocaine seizures, suggesting that cocaine trafficking and consumption have spread to these markets.

Through UNODC AIRCOP, which works in several African airports, we know that heroin seizures are on the rise across the region with Lagos, Accra and Cotonou airports high on the list, closely followed by Bamako, Lomé and Ouagadougou.

Methamphetamine seizures have now almost reached the same level as cocaine seizures, with Lagos and Cotonou being the main airports concerned. Recently, an increased number of seizures of precursors such as Ephedrine and Phenacetine has been recorded at both airports, which may indicate the existence of new laboratories producing psychoactive substances.’’
The head of UNODC noted increasing transiting of opiates through West Africa en route to European and North American markets.

“UNODC is registering new alarming trends on drug trafficking in West and Central Africa with disruptive and destabilising effects on governance, security, economic growth and public health,” he said.

Drug use is also rising across the region, “representing a serious threat to public health,” according to the UN crime fighting chief.

Fedotov noted that the agency estimated that in 2016, there were more than 34 million cannabis users and 1.8 million cocaine users in West and Central Africa.

Only one in 18 drug users with addiction issues have access to medical treatment, Fedotov regretted.

At the same time, he said, the region is grappling with many other crime-related security threats, including arms trafficking, money laundering, human trafficking, cybercrime and maritime piracy as well as threats posed by terrorism.