Andah had widely been reported to have wrestled the seat from the Foreign minister but later reports suggested that the results had been disputed leading to some chaos at the constituency collation centre.

However, in a reply to a tweet from popular broadcaster, Nana Aba Anamoah, and writer, Kwame Gyan, Mr Andah seemed to have confirmed his win. 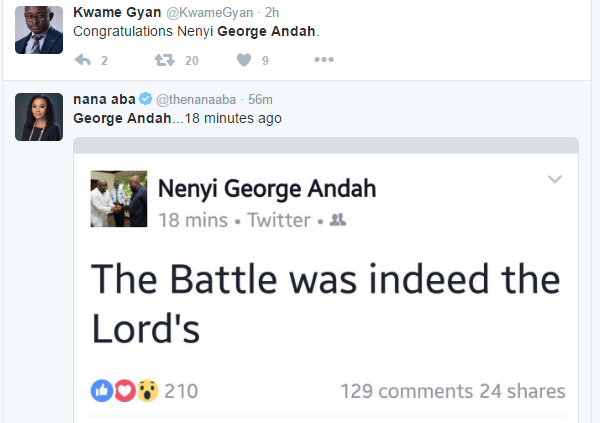 Provisional results trickling down from Awutu Senya Constituency all but confirms George Andah as the new law maker in parliament.