Underaged trafficked girl gives birth after being rescued by an NGO 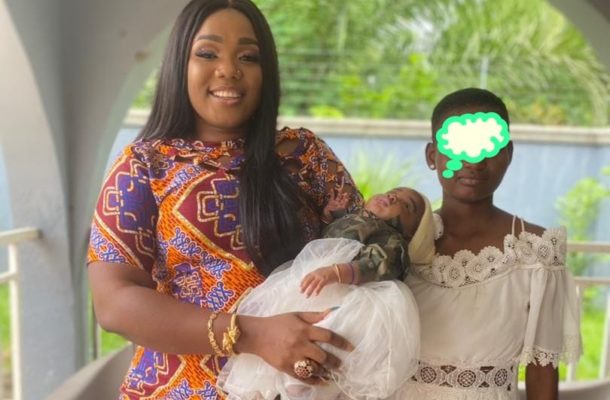 A 13-year-old human trafficking victim has given birth to a baby girl weeks after she was rescued by a non-governmental orgnanization, Engage Now Africa (ENA).

The victim was trafficked from Nankese-Abesim in the Suhum Municipality of the Eastern Region by a family relative and was subjected to domestic servitude and sexual exploitation in the Coastal area where she got pregnant.

Executive Director of ENA, Afasi Komla, and his team upon a tip-off went to the girl's rescue after intervening with the police and the Social Welfare who took the custodian of the girl and the pregnancy.

Mrs. Lydia Ohenewa (who is responsible for women and children) of the NGO, said their outfit also, sought justice for the survivor and has since been supporting the victim and her family, till she delivered last week.

Mrs. Ohenewah also added that the organization paid for all medical costs including donations of clothes, Hampers, and other stuff.

She recommended that prevention is the key to a component of any coordinated response to trafficking.

She further advised parents and guardians to take good care of their wards than giving them out to people to involve them in child labor since it can help to save the girls from getting teenage pregnancy and also against the Constitution of Ghana.

She expressed worries that poverty alleviation, issues of social and economic vulnerability, women's empowerment, high unemployment rate, and ignorance of the general knowledge of human trafficking, must all be considered when addressing how best to prevent trafficking in the country and across the world.