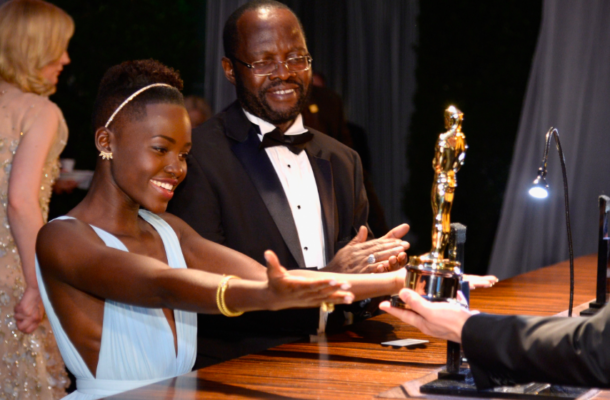 Professor Anyang’ Nyong’o, father of Hollywood actress, Lupita Nyong’o, has cried out that an unknown woman has been tormenting him with her nude pictures and romantic messages via WhatsApp.

Professor Nyong’o, who is the governor of Kisumu County in Kenya revealed while addressing journalists in Kisumu

According to him, the mystery lady is fond of sending him her explicit photos and raunchy messages, especially at night.

“I never gave her my number. I even don’t know who she is, yet she kept tormenting me at night with love messages,” Nyong’o complained.

He said that he reported the matter to the police but they are yet to get back to him. He went on to block her number.

“I blocked her number, but after a few months, she resurfaced with her rude and nude pictures and romantic messages,’’ he explained.

“However, the police never got back to me on their findings, so I don’t know if they inherited her,’’ he quipped with a chuckle