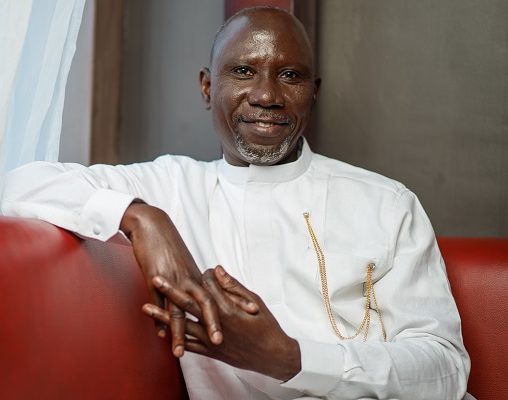 AT about 10:00pm when the second showing of Uncle Ebo Whyte's Terms of Divorce ended at the National Theatre on Thursday, December 28, a lot of the couples who watched the show had obviously benefitted from the big lessons the play taught.

The lovey dovey body language of patrons, most of who were in pairs, said it all that they had enjoyed the play, which was first staged in 2010.

Some of the patrons who spoke to Graphic Showbiz after the show were full of praise for the astute playwright for addressing very important issues affecting marriages in recent times.

For Mr and Mrs Quaye who have been married for just a month, the play is an "eye opener" about the hurdles they are likely to face as they spend the rest of their lives together.

"My elder brother, who has been married for 11 years, recommended the play to us and even bought us the tickets when we came back from our honeymoon.

"As a new husband, I've learnt a lot about my role as the head of my family and I pray God helps me to duly discharge my role to the satisfaction and appreciation of my wife and family," Richard Quaye said.

The lessons in Terms of Divorce were not just for the married, patrons who were yet to get married had their fair share of the cake.

In the words of Enyonam, who was with her friends, she would be careful not to settle for a man because of wealth but for how much he loves and appreciates her.

" I know this is a play but what happened on stage is very real in our lives. The quest for wealth and high status is killing many beautiful marriages and I don't want to be part of that. I've picked many lessons from it and I will apply it to my current relationship and hope it gets better than it is now," she said.

Terms of Divorce is a play about Ethel Arthur and Ralph Arthur, a couple who have been married for 20 years. Ethel wants a divorce from her husband after two decades of marriage because she believes her husband loves his work more than her.

The estranged couple contract Baaba Ababio and Michael Ababio, two prominent lawyers who were once married but divorced due to irreconcilable differences.

The two set out to use the case to settle personal scores and are determined to do everything possible to achieve their aim.

Ralph Arthur picks Baaba while Ethel picks Michael setting the stage for fireworks both in and out of court. However, things take a twist when the judge recommends that they see a marriage counsellor before granting the divorce.

To the shock of all the parties, the counsellor's wife of 30 years has been mad for 26 years of those years they've been married, after the birth of their second child.

Despite her condition, the counsellor shows her so much love and attention to the admiration of Baaba and Ethel. With their experience at the counsellor's house, they learn that one must kill self centredness and pride to have a solid marriage.

That isn't all, a wife needs more than money to have satisfaction in a marriage. In the words of Counsellor Afriyie, "one of the tragedies of life is to bury love alive."

With the knowledge and insight gained after the visit to the counsellor's place the Arthurs rescind their decision to divorce and resolve to save their marriage and work at it for "better or for worse".

Terms of Divorce is an unforgettable roller coaster of emotions including excitement and humour and it challenges couples to work on their marriages no matter their differences.