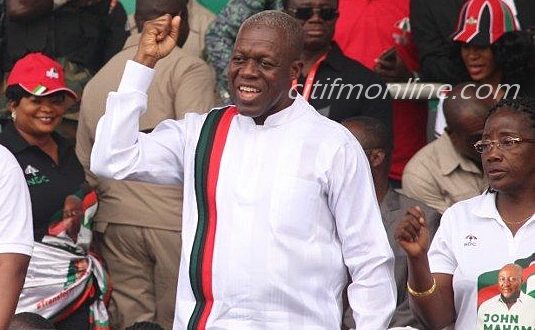 Mr. Arthur admonished the team to work with the various constituency and polling station executives to ensure high turnout for president Mahama and all the fifteen parliamentary candidates in the region for victory come December 7. He tasked the team to resolve all internal challenges that resulted from  the parliamentary primaries for victory for the NDC. On his part, the campaign coordinator Mr. Dominic Azimbe pledge a 80 percent of total votes for president Mahama and hopefully win all the fifteen parliamentary seats.

He said the region has benefited immensely between 2009 and 2015 adding that, the creation of four new districts; Builsa South, Pusiga, Binduri, Nabdam  and the steadily ongoing rural electrification project when completed will connect about  982 communities to the national grid to boast economic activities in the region. Mr. Azimbe added that, the region is benefiting from ten community day senior high schools and when completed to improve access to secondary education.

He said irrigation schemes like the Tono and Vea dams are receiving massive rehabilitation works  and when the Temde irrigation project is completed will provide both direct and indirect jobs for the youth. “The NDC will campaign on our track records, Works on  the Bolga-Bawku , Sandema-Wiasi, Chuchuliga-Tumu and other roads are progressing steadily and when completed will make the roads more motorable.