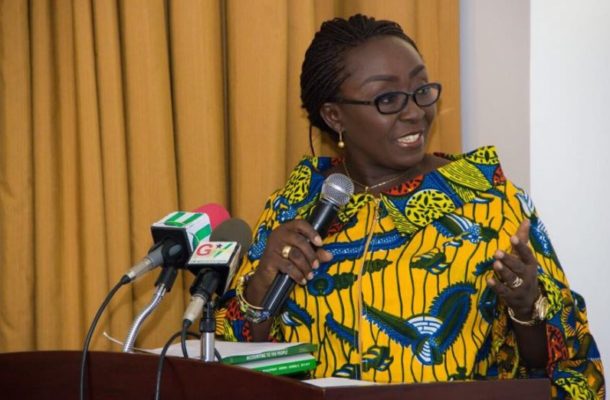 Veteran Ghanaian actress, Dzifa Gomashie has narrowly won her parliamentary primary to represent the National Democratic Congress as the parliamentary candidate for the Ketu-South Constituency.

The former Deputy Minister of Arts, Tourism and Culture under the erstwhile Mahama administration won by 30 votes after the 1907 delegates had their say.

Ketu-South Constituency is known as a major stronghold for the NPP.

The incumbent MP for the area, Fifi Fiavi Kwetey who joined Parliament in 2012 decided not to contest the seat this year.

Dzifa Gomashie is a Queen in charge of protocol in the Aflao Traditional Area.

She also had a thriving acting career before entering politics.