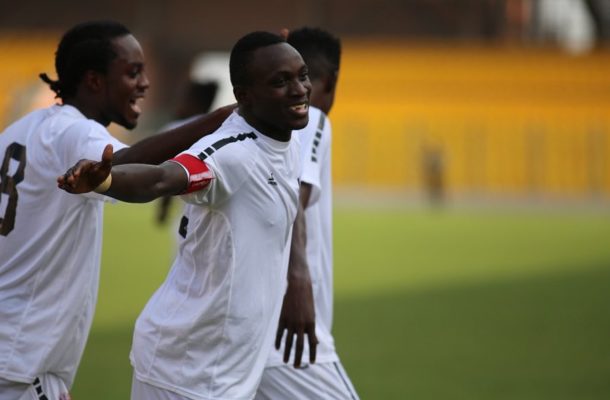 It was the Victorien Adebayor show at the Berekum Golden City Park as he scored two goals to help Inter Allies to a 3-1  win against Berekum Chelsea.

Inter Allies have thus won two away ganmes on the bounce all in the Bono Regions and by a similar 3-1 scoreline.

The first time they beat Techiman Eleven Wonders by a similar scoreline and this time round it was Berekum Chelsea who got a taste of the Inter Allies medicine.

It is Chelsea's first defeat of the Ghana Premier League season at home as they have been in blistering form on their on turf.

But two goals from Adebayor and Samuel Armah gave Inter Allies the three goals with Augustine Henneh getting a goal back fir the host.

The Nigerien who leads the top scorers chart broke the deadlock for Allies on 32 minutes with a free-kick that trickled through the legs of the goal keeper before Armah doubled the score three minutes after the interval.

In the 63rd minute, Henneh halved the deficit for Chelsea with a sumpotous volley into the top left corner but Adebayor netted his 10th goal of the season six minutes to full-time to restore their two-goal lead.

Inter Allies will next host Medeama in their next game while Chelsea play away to Great Olympics.