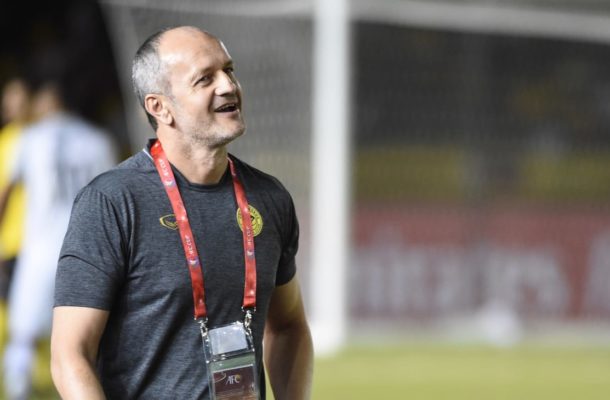 Bacolod: Ceres Negros of the Philippines ultimately took all thee points from their 2019 AFC Cup opener against Myanmar’s Shan United on Tuesday, but manager Risto Vidakovic was far from satisfied with the manner of his team’s win.


Ceres were beaten in the ASEAN Zonal Finals by Home United of Singapore last year – the opponent over whom they triumphed at the same stage in 2017 – and have made it to the knockout stage in each of the past three years.

As far as Vidakovic was concerned their 3-2 win against Shan to get up and running in Group G was too close for comfort though, and he wants an improvement in the next game if the team are to continue their strong form in continental competition.

“We did very well, played very offensively, but we should have more control during the game,” the Serbian tactician said. “Twice we had a very big advantage with two goals, but we couldn’t close the game how we wanted to.”

The 50-year-old was particularly disappointed by the way his side offered Shan late encouragement, failing to run down the clock after making it 3-1 in the 87th minute and instead conceding again within seconds to make for a nervy finale.

“Shan scored their second goal and we panicked in the last minutes. That was unnecessary, so I think we should think about the small things we have to control more.”

“The next match will be a different game,” he said. “We are playing away so we should play much better defensively.

"Of course we have to do that because we are playing away against a team from Vietnam.

"They are very strong, much stronger than Shan United, and so we have to prepare well.”