VIDEO: A look into the World’s most “violent” soccer story 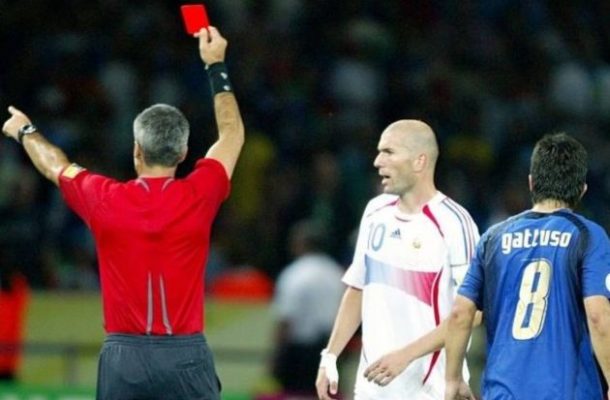 Since the World cup England 1966 Fifa implemented the use of cards to warn the players sharp.

However, the hardness of the entries is as old as the creation of the ball.

In this post we will recall what was the world’s most “violent,” by the cards dealt, in the history of the world cups.

The source of the warnings
As already stated, England 1966 was the world first card in the story.

In that cup handed out five red and 21 yellow 32 commitments.

Illustrious footballers such as Pele and Eusebio were victims of the suddenness of their rivals, even going out injured.

Mexico 1970 was the cleanest since they were cards, because there was not a red, for 51 yellow.

The World of the red
But the World’s most “violent”, for the amount of cards, the history was Germany 2006.

In that tournament were dealt 323 yellow and 28 red 64 commitments.

A red is unforgettable: received by Zinedine Zidane after the headbutt to Marco Materazzi in the final.

The referee Horacio Elizondo was in charge of issuing justice before the footballer more cautioned of this tournament.

Zidane ended up with three yellow and one red, leaving the head of the “violent”.

The second highest number of cards received was the Portuguese Costinha, with two yellow and one red.

What equals the ghanaian Asamoah Gyan, with the same amount of cardstock.