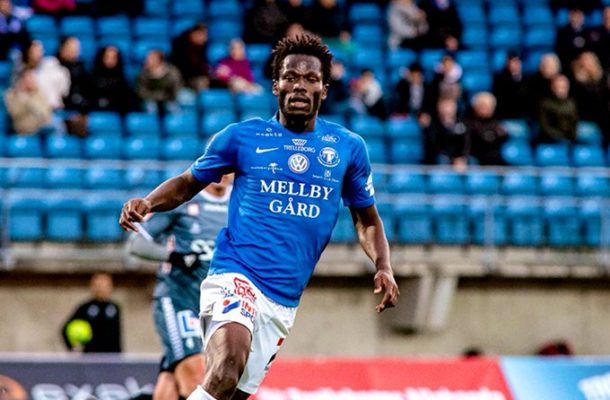 Trelleborg lost at home to J-Sodra in an enthralling 3-2 game with Ghana's Abdul Fatau Safiu scoring the second goal for his team.

The Ghanaian on loan from Kumasi Asante Kotoko has been in fine form for the Swedish second tier side.

With his side trailing by a lone goal, Trelleborg broke free after a failed corner from their opponents, the ball was played through to Fatau who delicately chipped the keeper to level proceedings for his side but they could not hold on as two goals from Alexander Jallow (from the spot) and Edin Hamidovic handed the away side all three points.

Fatau signed for his swedish side on a four minth contract and with this form there is no way there will not make it permanent.

He has scored 3 goals in 6 appearances so far this season.