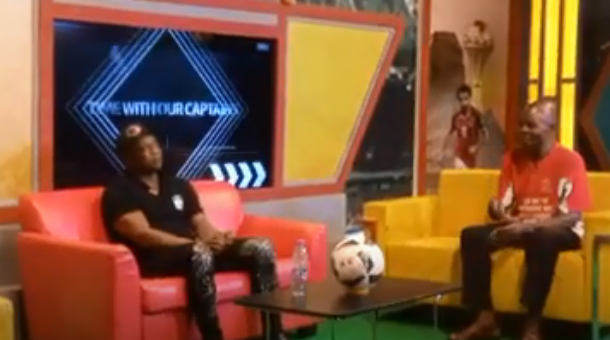 The maestro as he is called started his football at colts club Great Falcons and it was Mr Herbert Adika who saw and nurtured the talent in Abedi Pele.

The pair were reunited on GTV Sports Plus in a rare interview session on Sunday 31st May 2020 on time with the captains.

Abedi Pele so composed on the field with his sheer skill,trickery and wizardry showed he was human after all as he could not hold up but wept live on air.

Mr Adika first saw the prodigious talent  after a trial and was wowed by what he saw and the rest they say is history.

Abedi Pele will go on to become the Colts footballer of the year in a row and carried on a career trajectory up the ladder.

He went on to pay glowing tributes to all persons who helped him in his formative years realize his footballing dream.

Watch Abedi Pele as he wept on live TV: