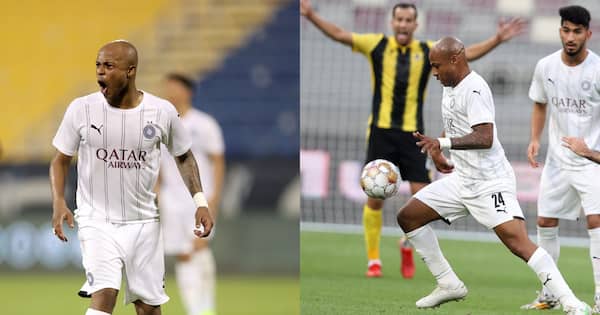 Black Stars captain Andre Ayew was on target for his Qatari side Al-Sadd in as they came from behind to beat Qatar SC in the Qatar Super League on Thursday afternoon.

It was the first competitive goal scored by the former Marseille man since completing his free transfer move to the Gulf region after departing Swansea City.

The home side Qatar SC took the lead in the game in the 39th minute after dominating for long spells in the first half with Sebastian Soria the gaolscorer.

Qatar SC held on firmly to their 1-0 lead as they went into the break with a slender lead but that soon changed after the restart.

Three minutes after the hour mark, the Ghana captain cut in from the the edge of the penalty box and drilled home a fierce low shot into the right bottom corner the level the scores.

Brazilian defender handed Al-Sadd the lead for the first time in the game in the 78th minute after which Algerian striker Baghdad Bounedjah put the game beyond the home side with the clincher in the 83rd minute.

The win put Al-Sadd on top of the league with 6 points from two games and will face Al Rayyan on Wednesday, September 22, 2021.