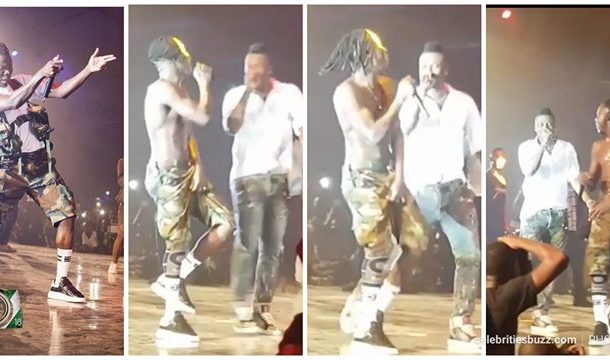 Stonebwoy and Asamoah Gyan perform together at Ghana meets Naija

Asamoah Gyan who had earlier recorded the hit song 'Dirty Enemies' with Stonebowy made a surprise appearance at the event which was hosted at the Fantasy Dorm inside Trade fair in Accra as they performed their hit song together.

In a surprise turn of event, self acclaimed dancehall King, Shatta Wale who was not named as part of the performs showed up with his usual energetic performance to thrill fans and patrons of the event.

With over 5000 people in attendance at this year's event, the Ghana Meets Naija Concert has since its institution,  provided opportunity for both countries to celebrate the diverse sounds which unify us at the same time.

watch their performance below;