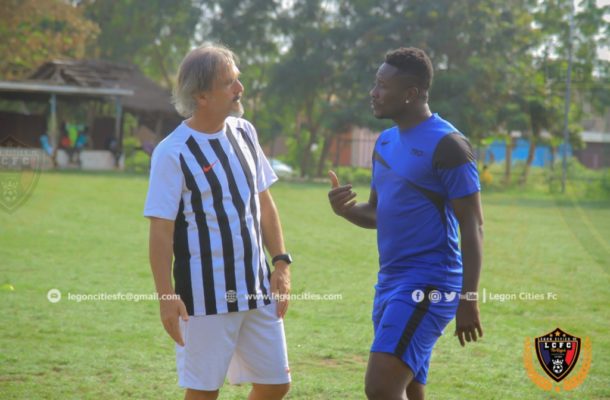 The moneybags beat off fierce competition from Kumasi Asante Kotoko to secure the signing of the former Sunderland star after the deal was concluded on Friday night.

He signed a one year contract with Legon Cities that will reportedly fetch him more than $1 million.

Legon Cities will open their season with a game against Berekum Chelsea at the Accra Sports Stadium.