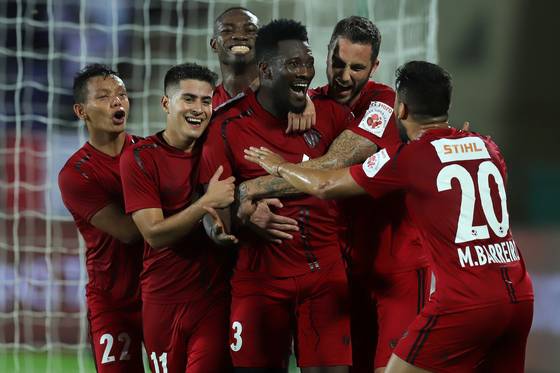 Former Black Stars captain Asamoah Gyan has scored for his new side North East United after failing to do so on his debut.

The 33 year old Ghanaian scored the winner in their Indian Super league home clash against Odisha at the Indira Gandhi Athletic Stadium.

North East United opened the scoring through Redeem Tlang in the second minute of the game but were soon pegged back with an equalizer from Odisha after Spanish International Xisco Hernandez pulled parity for the away side.