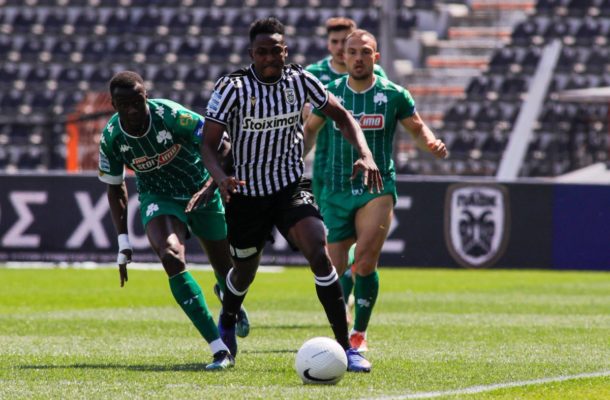 Ghana and PAOK Salonika left back Baba Abdul Rahman helped his Greek side to reach the Greek Cup finals as they won 2-1 against AEK Athens on Thursday night.

It was a hard fought victory for the home side as they missed a penalty after captain Andre Vieirinha failed to convert from the spot before Konstantinos Galanopoulos scored for the away side in the 69th minute.

POAK Salonika had a 1-0 lead from the first leg of the cup game but Michael Krmencik leveled for his side in the 86th minute.

It seemed the match was heading for a stalemate before Baba Rahman stole possession on the edge of the 18 yard box and slipped in a pass to Andrija Zivkovic  who converted late in injury time to give PAOK Saloika a 2-1 with and a 3-1 aggregate win.

The on-loan Chelsea left back and his team PAOK Salonika will play against Olympiacos in the finals of the Greek Cup on May 22, 2021.

Rahman has been in good form since moving from Chelsea in January for Greece having shaked off his injury woes.

He has so far scored a goal and an assist in several matches played for PAOK Salonika.