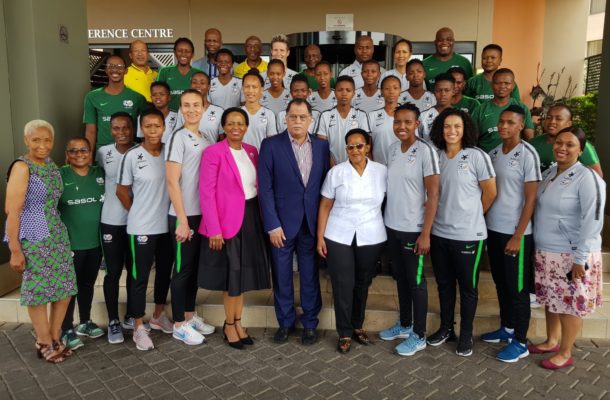 Banyana Banyana returned back home to a heroes' welcome after finishing as runners-up in the 2018 Women's African Cup of Nations (AFCON) and as a result qualifying for the Women's World Cup for the first time ever.

Head coach Desiree Ellis and her side returned to Johannesburg's OR Tambo International Airport on Sunday, after qualifying for the global showpiece to be hosted in France next year.

In emotional scenes, Banyana were greeted by a jam-packed OR Tambo International filled with adoring fans after clinching the silver medal. Banyana suffered a narrow defeat to eventual winners, Nigeria 4-3 on penalties in Ghana, on Saturday.

South Africa previously brushed aside Mali 2-0 in the semi-final to secure their ticket to France  - with Ellis becoming the first coach to lead Banyana to a World Cup. The former captain also holds the record of winning the COSAFA Women's Championship as both player and coach .

Below are some videos of the team upon arrival: