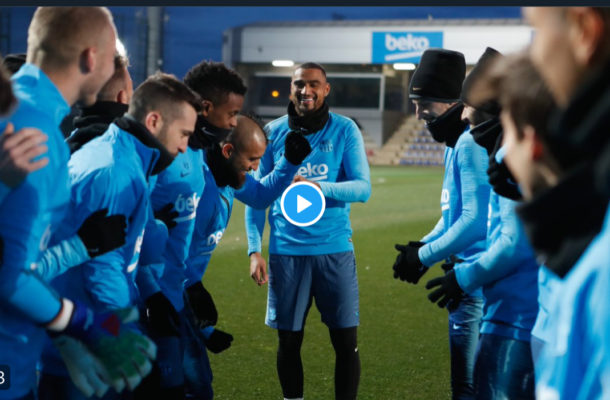 Kevin Prince Boateng has taken his career journey in a new path as he would now be defending the Barcelona colors and player along some of the very best players in the game.

The Ghanaian international was officially presented by the club on Tuesday and had a very eventful day.

He passed his medical, signed his contract and also spoke to the press. But his day was not yet over as he joined the team for his first training session this evening.

Ernesto Valverde’s squad are preparing to face Sevilla in the first leg of this season’s Spanish Cup quarter-final tomorrow and Boateng was warmly welcomed by his new teammates.

WATCH THE VIDEO BELOW: