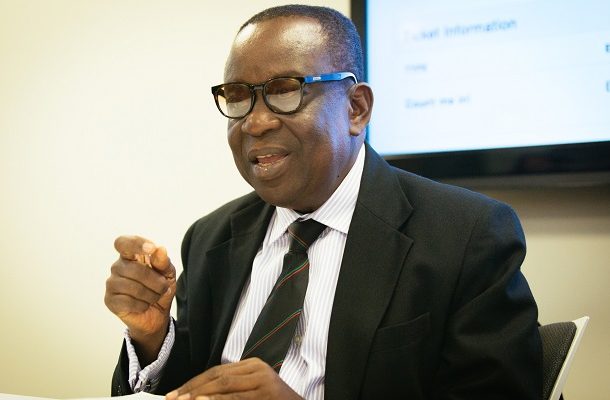 A video call of National Security Minister, Albert Kan-Dapaah in a conversation with a young woman has leaked on social media.

Hon Kan-Dapaah was recorded by the young lady on the other side of a video call while he was perhaps on national duty in a hotel in Europe.

The high ranking minister of the governing New Patriotic Party (NPP), could be heard ‘ordered’ by the young woman to show off his pyjamas among other things.

"What are you wearing? let me see. I want to see your pyjamas. I want to see the front, the back, like the way you did it yesterday", the lady ordered as Mr. Kan-Dapaah was seen turning 360 in the 2minutes 56seconds video.

The lady also questioned him as to whether or not the Minister was going to miss him while on the flight back home.

"Are you going to miss me when you are on the flight?", she asked.

"Of course I'm ..of course, of course", replied Kan-Dapaah.

The identity of the young woman is not immediately known but she is believed to be the 'lover' of the Minister.

Some social media users who have sighted the video believe although the content therein has nothing explicit, the whole episode may cost his job as the Minister of State in charge of National Security.

Others say in any civilized country, Kan Dapaah should be sacked by now.