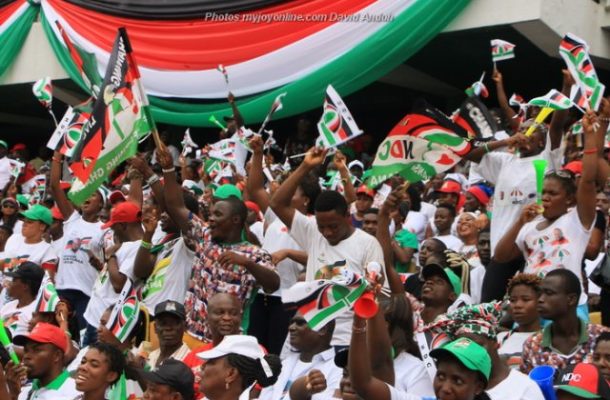 Some newly wedded couples made history in the Ketu South constituency when they went to vote in the National Democratic Congress Parliamentary primaries dress in their full wedding apparel.

In a video captured by Joy News, the man cladded in a three piece agbada is seen holding the hands of his bride as they majestically walk to pick their ballot papers to cast their vote.

Ketu South is traditionally a safe seat for the NDC and a world bank as such so its no surprising one would leave straight from his wedding just to come and cast his/her votes. 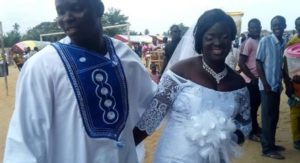 The Parliamentary elections in Keta South was won by Dzifa Ablah Gomashie a former Deputy Minister for Tourism, Creative Arts and Culture under erstwhile John Dramani Mahama administration, beat four other candidates to win the slot.

She beat off competition from Paul Nyavi, a teacher; Nicholas Worclashie, a lecturer; Caroline Dukuh-Parker; and Fogah Nuku to win the ticket.