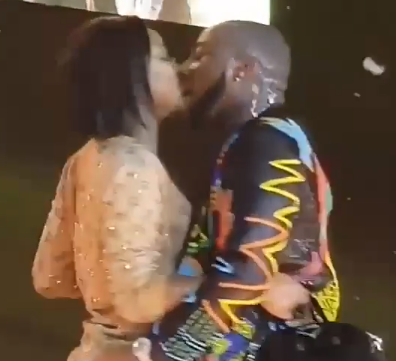 The two who have been dating for over 5 years now got the crowd talking at his soldout concert at the O2 Arena in London.

One of the highlights of the show was the moment Chioma, his girlfriend, got on stage as he sang the song he dedicated to her '' Assurance''.

The couple cared less as they locked lips.

The two are reportedly dating for over five years now but kept their relationship on the low until Davido made headlines when he bought a brand new Porsche SUV with a plate number that read 'Assurance' for Chioma's 25th birthday last year.