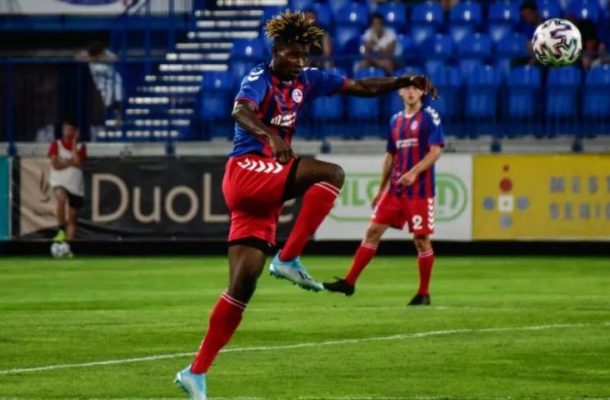 Ghanaian midfielder Edmund Addo on Saturday scored a breathtaking goal for his side FK Senica in their league match against Michalovce at the Stadion SK Senica in the Slovak Super Liga.

It is the 20 year old's first league goal of the young season for his club as he played the entire duration of the game.

It was a walk in the park for the home side FK Senica as they whipped Michalovce three nil with Edmund Addo scoring the third goal of the day.

Tomas Malec and Juraj Piroska had given the home side  a two goal lead before the Ghanaian put the icing on the cake with a third in the 77th minute.

The win ensures that FK Senica who are seventh on the league log gets their first victory of the three week old league.