VIDEO: Embattled Bernard Morrison tells his side of the story after arrest by Tanzanian police 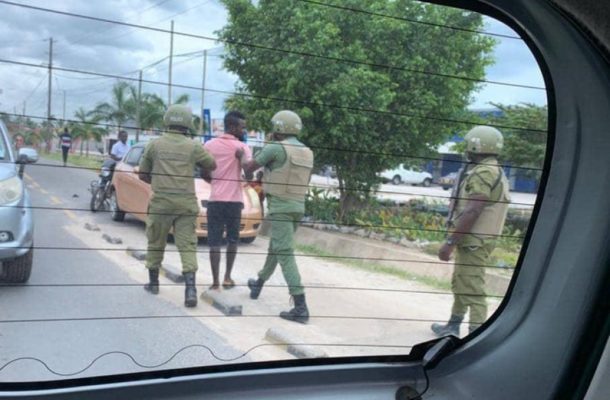 Beleaguered Ghanaian International Benard Morrison has sought to clear the air about events leading to his arrest on Thursday by the police in the Tanzanian capital of Dar Es Salam.

Pictures of the YANGA FC player in cuffs being escorted by the police went viral with the midfielder said to have obstructed the police from carrying out a routine search in his car.

The player has given his side of the story with a video recording explaining exactly what transpired on Thursday.

Morrison says that he was in his car going to the the bank when the police stopped him and upon stopping him they said they could smell someone smoking marijuana so wanted to carry out a search in his car.

According to the former AshGOLD midfielder, Police did not carry out the said search but were delaying him so he told them to hurry so he can continue his journey.

He was bundled into a police van when they realized he was filming their act to the police station.

MORRISON NARATES THE INCIDENT IN A VIDEO BELOW: