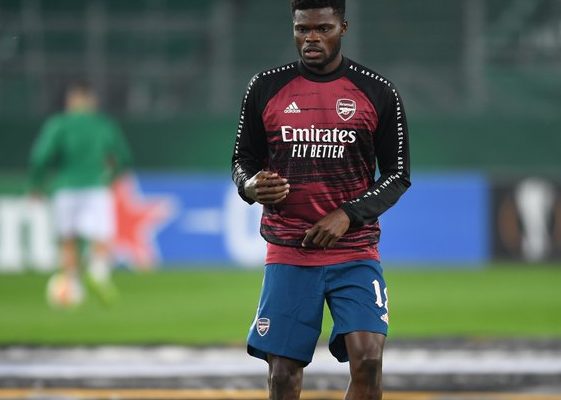 Former Arsenal striker Emmanuel Sheyi Adebayor has revealed the advice he gave his friend and Ghana midfielder Thomas Partey about joining the gunners.

The London club triggered the central midfielder's contract with Athletico Madrid which had a release clause of 50 million euros.

Partey had been the priority target for Arsenal all summer but failed to negotiate with Athletico Madrid about a  fee as the rojiblancos did not want to loose their prized asset.

According to the Togolese, the Ghanaian midfielder sought advise from him about transfers and a possible move to Arsenal last year.

He says he told the Ghanaian that Arsenal is more like a family club that will aid his development and believes Partey can be one of the best players on the continent if he keeps his focus.

Adebayor, who left Arsenal for Manchester City in acrimonious circumstances in 2009 told pressmen in Accra that he did not hesitate when the former Atletico Madrid man asked for his advise.

Partey since joining Arsenal has impressed but is currently sidelined with a thigh injury.

VIDEO OF ADEBAYOR BELOW: