VIDEO: Emmanuel Boateng, his Dalian Yifang team trapped in Spain due to Corona virus in China 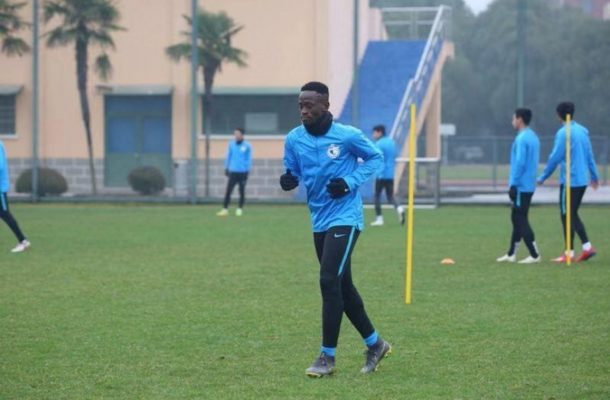 Ghanaian striker Emmanuel Boateng and his Dalian Yifang teammates have been stucked in Spain after the novel Corona virus resulted in the abrupt end of Chinese Super League which has been abrogated.

The team who were in Spain for some warm weather training have been forced to remain there as the Corona virus keep spreading through mainland China.

Boateng and his team mates are locked in a dead end as the Chinese League has been suspended until the Corona virus epidermic subsides before they can think of resumption of football.

Dalian Yifang coached by former Liverpool and Newcastle boss Rafa Benitez have been trapped in Spain since January with no end in sight for the deadly epidermic which has affected 79,257 with 2,835 reported deaths.