VIDEO: Footballer dies while chasing man who duped him 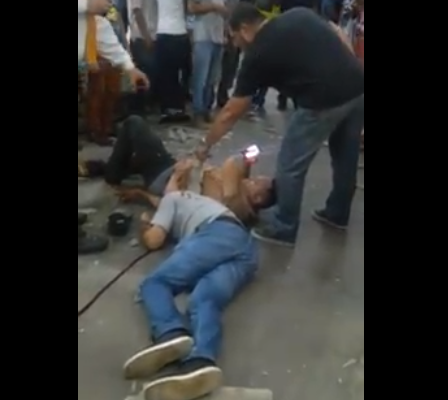 Former Nigerian footballer, Chukwuneta Anyabolu is dead. Chukwuneta, popularly called Changa or Chassis, reportedly died in Brazil while chasing after his associates, identified as Daniel and Ezenwa, who duped him of goods worth several millions of dollars.

Just like Chukwuneta, Daniel and Ezenwa, both Nigerians from Nnewi, reside in Brazil.

According to reports, both men conspired to dupe Chukwuneta and they succeeded. They ran away with goods that were supplied to Anyabolu by other business partners. 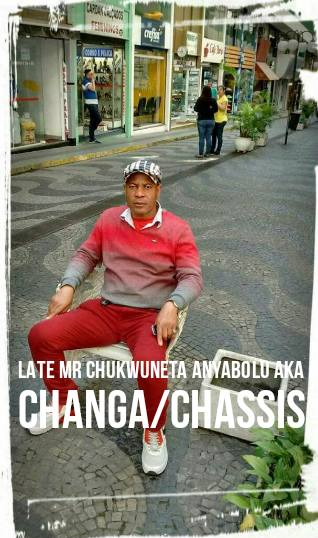 When the ex-footballer failed to remit profits made from the transactions to his suppliers, they started threatening to arrest him if by March 16th he fails to pay back their money or return goods supplied top him. 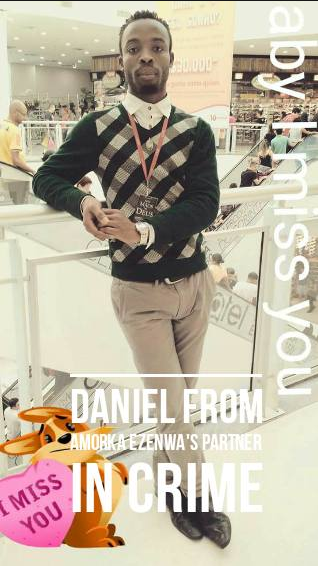 At this point, Chukwuneta had no idea of both men's whereabouts. He later got news of the location of one of the men, Ezenwa, and he got a policeman to go with him to arrest Ezenwa. Ezenwa was arrested in one of the top floors of the building but he escaped as he was being led away and jumped through the window of the third floor. Chukwuneta and the policeman, while chasing after him, also jumped the window but they were not as familiar with the terrain as Ezenwa is and they fell on the concrete floor. 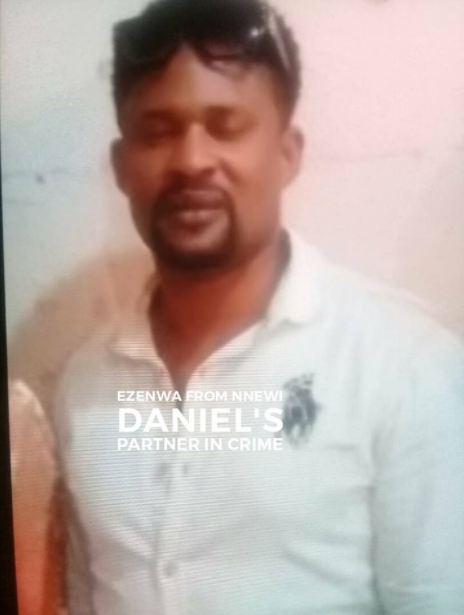 The cop landed on his feet, breaking his sheen, while Anyabolu, who was in his fifties, landed with his head and died instantly. 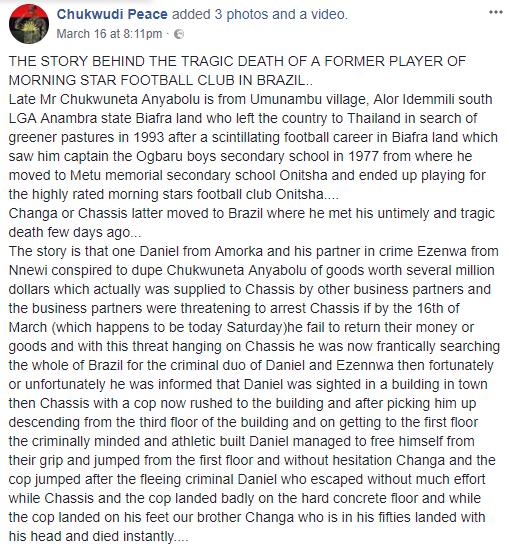 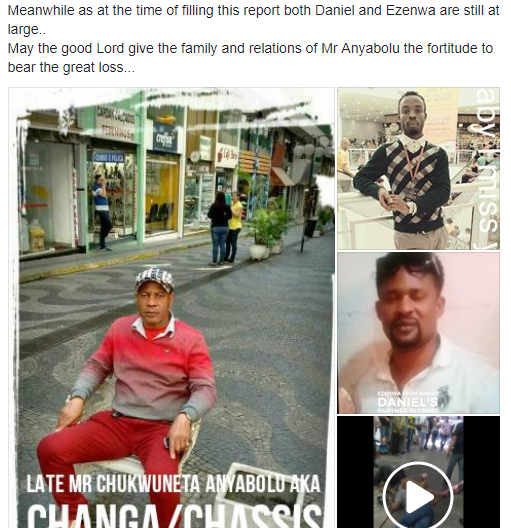 Watch the video of the ex-footballer and the policeman after the fall.