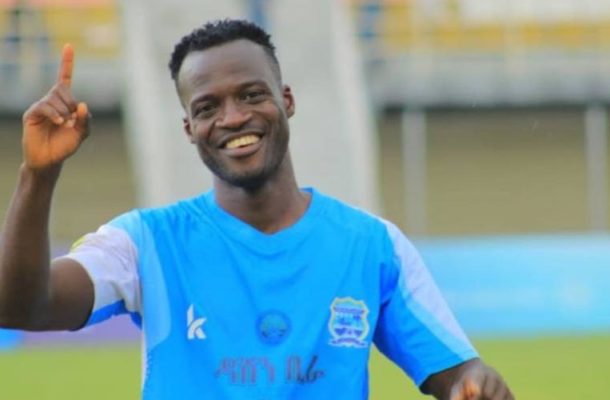 Ghanaian striker Mawuli Osei has scored a Puskas award contender for his Ethiopian side Bahir Dar Kenema in their match against Hadiya Hossana.

The outstanding overhead kick goal has garnered a lot of comments on various social media platforms.

His side Bahir Dar Kenema played against Hadiya Hossana on 25th October, 2021 in their Ethiopian Premier League game.

The game was heading for a stalemate but the former Asante Kotoko striker conjured some magic as he chested a throw in before riffling home with an over head kick to win the match for his side.

Mawuli Osei's team are currently second on the standings of the Ethiopian Premier League table after three matches and just two points behind the league leaders.