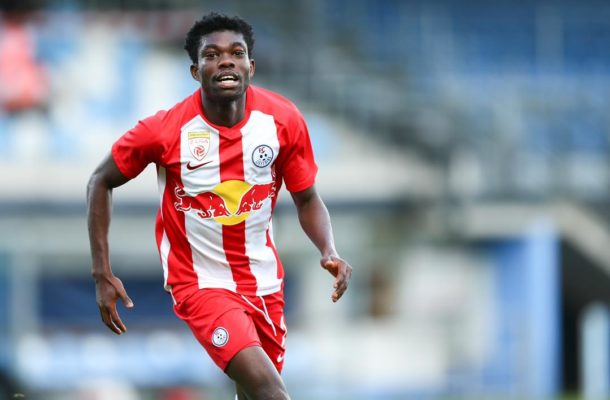 Ghanaian youngster Forson Amankwah was on song once more for his lower tier side FC Liefering on Friday night.

His side FC Liefering defeated FC Dornbrin 4-2 in the Austrian second-tier league on Friday evening in a match which the midfielder had a lot of impact.

The Ghanaian forward was on target in their match day 9 clash at the Red Bull Arena Salzburg.

Roko Šimić added a second as the home side took the lead with another spot kick in the 68th minute of the game to make it 2-1.

Malian player Nene Dorgeles extended the Liefering lead with a third goal in the 70th minute of the game to make it 3-1.

The former WAFA youngster then added his goal in the 75th minute to put some gloss on the results but the away side pulled one back to make it 4-2 with Lukas Katnik the scorer.

Amankwah curled home a ferocious strike from outside the 18 yard box to score his second goal this season for his side.

He is playing for Salzburg's feeder side FC Liefering on loan to aid his development as a player.

VIDEO OF GOAL BELOW: