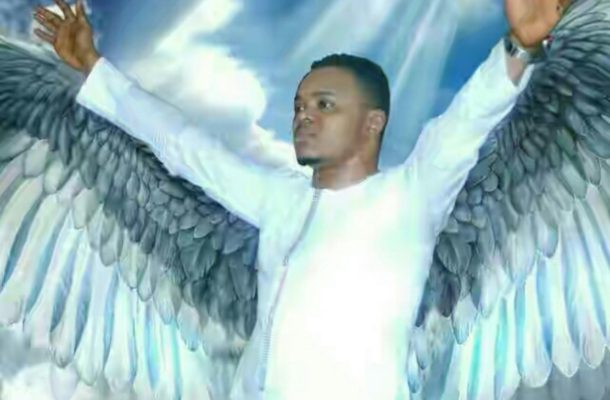 Founder and Leader of International Godsway Church, Bishop Daniel Kwadwo Obinim has been in the news again for his attempt to fly to Heaven.

In a video that has gone viral on social media, the self acclaimed angel of God, was seen opening his arms and readies himself to be airlifted to meet his father Jesus.

But moments after, the controversial prophet ran and threw himself unto the members of his church, who did not not want him to fly and leave them behind.

Bishop Obinim during a church service recently said God has told him to ask his members to bring their panties, brassieres and boxer shots to the altar.

He explained that, the underwears would be collected and burnt at one of the his church services.

The issue generated a lot of controversy with many including pastors questioning whether he is indeed a true man of God.

Below is the video of Obinim trying to fly to Heaven: