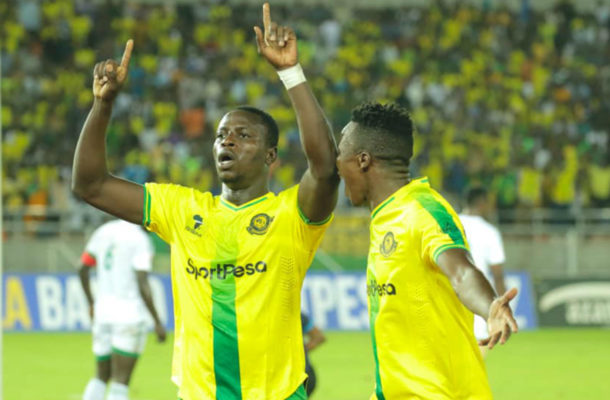 Ghanaian striker Michael Sarpong was on target for his side Young African in the fierce Kariakoo Derby on Saturday at the Benjamin Mkapa Stadium .

The Jangwani giants took a deserved lead against their rivals in the 31st minute when striker Michael Sarpong converted from the penalty spot.

Simba fought back and grabbed a share of the spoils with four minutes left to the final whistle through defender Joash Onyango.

It was a fierce contest with both teams cancelling each other out in the first 45 minutes and the first goal of the game did not arrive until the half hour mark when Joash Onyango fouled Michael Sarpong in the penalty box.

The Ghanaian did not play the entire game as he was substituted in the 71st minute for former Kumasi Asante Kotoko striker Songne Yacouba.

Joash Onyango redeemed himself by scoring in the 86th minute to ensure the two teams picked a point from the tense encounter in Dar es Salaam.

There was no place for Simba star boy Bernard Morrison who is out serving a suspension after a three game ban.