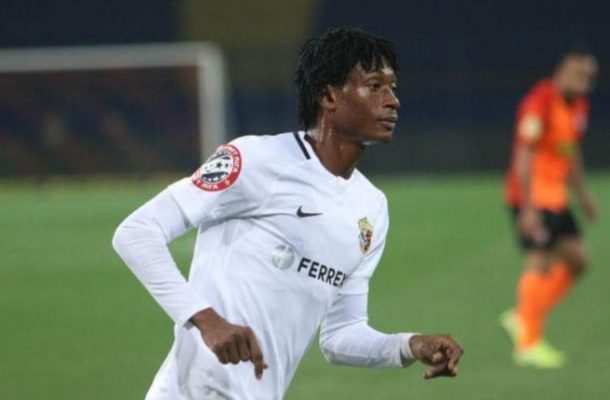 Ghanaian youth international, Najeeb Yakubu scored for FC Vorskla Poltava as they drew 1-1 at Mariupol in the Ukrainian Premier League on Saturday.

The 20-year-old defender pounced on a square pass from Vladyslav Kulach to put the visitors in the lead on the 59th minute.

Mariupol fought earnestly for the equalizer and finally found it on the 79th minute through Dmytro Topalov.

The away draw puts Vroskla Poltava catapulted Voskla to the 3rd spot on the league log with 23 points after 25 matches played.

Mariupol are second with 27 points, 7 behind leaders, SC Dnipro who lead the pack with 34 points.

Najeeb Yakubu was part of Ghana’s Black Starlets team that played in the 2017 Under-17 Africa Cup of Nations (Afcon) in Gabon which finished second to Mali.

Yakubu, who played for New Town Youth, was also a member of the Starlets team for the World Cup in India later in the year where Ghana got eliminated at the quarterfinal stage.