VIDEO: How Donald Trump’s spiritual adviser called on ‘Angels from Africa’ to intervene for him 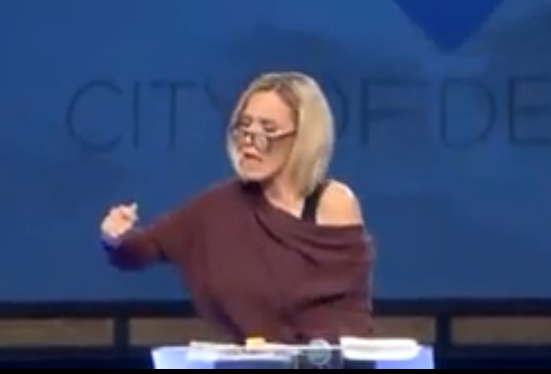 Paula White's prayers did not work as Biden won the elections

When you are in a battle and the going gets tough, you activate all available options and that’s exactly what Paula White did when Donald Trump’s early lead was faltering with moment swinging in the path of Democratic leader Joe Biden.

In an impassioned prayer session, Paula White, regarded as the spiritual adviser of Donald Trump strangely invoked angels from Africa and Southern America to intervene and deliver victory for Trump.

She stated in her prayers that the angels have been dispatched from Africa and Southern America to win the elections for Donald Trump whom many have described racist and divisive, attributes that cannot be associated with a God-fearing man.

"I hear a sound of victory, the Lord says it is done," she said. "For angels have even been dispatched from Africa right now... In the name of Jesus from South America, they're coming here”, she said.

As it turned out, the supposed Africa and South America angels could not salvage the situation as Biden leapfrogged Trump and by projections by credible media outlets including Trump and Republican’s very own Fox News been declared the 46th President of the United States of America.

The failure of the African and South American angels to win the elections for Trump could be due to his ‘stubbornness’ which according to Reverend Owusu Bempah has cost him his place in God’s heart.

The founder of the Glorious Word Chapel International in one of his conflicting prophecies about the elections said that Trump had lost favour in God after he did certain things that displeased Him (God).

Bempah also mentioned Paula White as one of the people who had also stopped seeking God’s favour for Trump because of his ungodly ways.

Owusu Bempah says despite God’s dislike for the Republicans, He was left with little or no option but to hand Biden victory because of Trump’s stubbornness.

“When I got this prophecy and informed a certain respected man of God about it, he told Trump has become stubborn. He said Trump no longer listens to them and that he had left his prayer group and was not praying for him anymore. Trump now does ungodly things. The person I’m talking about is Archbishop Duncan-Williams. Even Paula White complained to Duncan-Williams about it," the renowned prophet claimed.